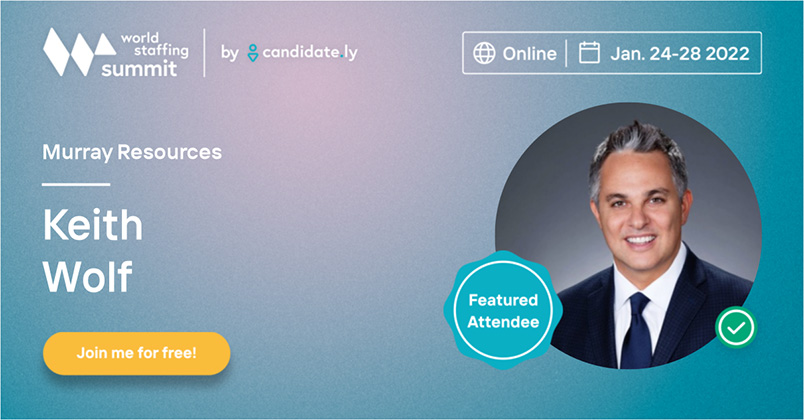 Keith Wolf is the Managing Director of Murray Resources, a national recruiting and staffing firm headquartered in Houston. Wolf joined the company in 2011 and helped drive the firm’s ascension to the Inc. 500/5000 list of fastest-growing private companies in the U.S. As Managing Director, Wolf leads the company’s strategy, marketing, and sales efforts. The company has been named the fastest growing staffing firm in Texas by Staffing Industry Analysts and has landed on the Inc. 5000 six times. The company has also been named one of the best places to work by numerous publications, including Staffing Industry Analysts and the Houston Business Journal. Prior to Murray Resources, Wolf held various executive and marketing roles with companies such as Procter & Gamble, Invisalign, OrthoClear, and BlueStar. Wolf graduated from the University of Texas at Austin with a bachelor’s degree in marketing and has an MBA from Harvard Business School. Keith is regularly called upon to provide insights on matters relating to staffing, recruiting, and job seeking by publications such as The Wall Street Journal, Washington Post, Bloomberg BusinessWeek, Reuters, CNBC, Houston Chronicle, Houston Business Journal, and Houston Public Radio.