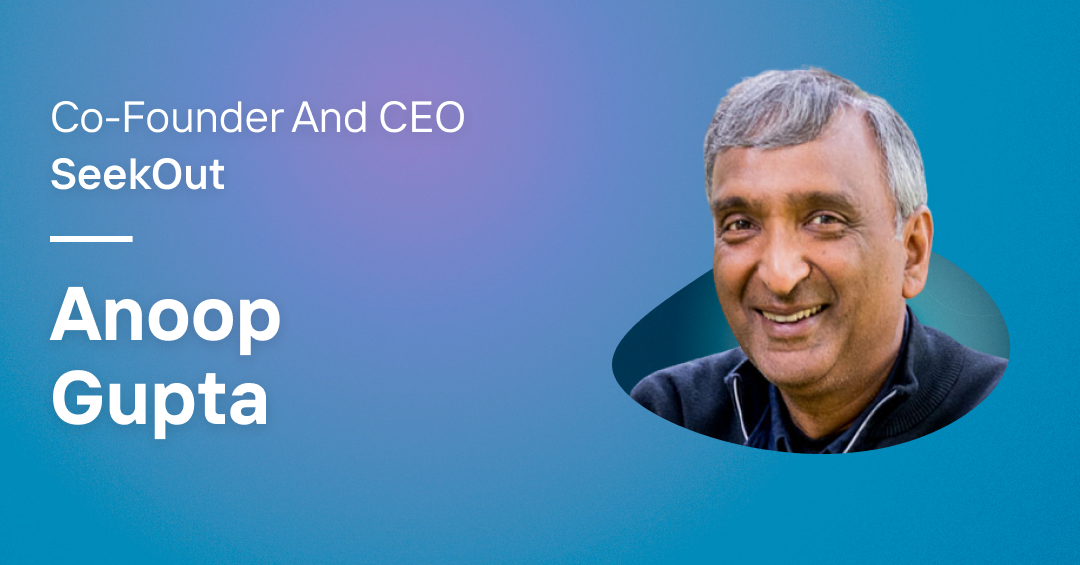 Anoop Gupta is the Co-Founder and CEO of SeekOut.Prior to SeekOut, Anoop spent 18 years at Microsoft where he was a Distinguished Scientist in Microsoft Research and directly reported to Bill Gates as his technology advisor. He headed enterprise communications products (Exchange, Skype) as Corporate Vice President (CVP) of Unified Communications and was CVP for Global Technology Policy for Microsoft.Anoop was also a tenured professor of Computer Science at Stanford. During that time, he founded one of the earliest companies in streaming media that was acquired by Microsoft in 1997. He has a Ph.D. in Computer Science from Carnegie-Mellon University, holds over 85 issued U.S. patents, and has authored 100+ published research papers.