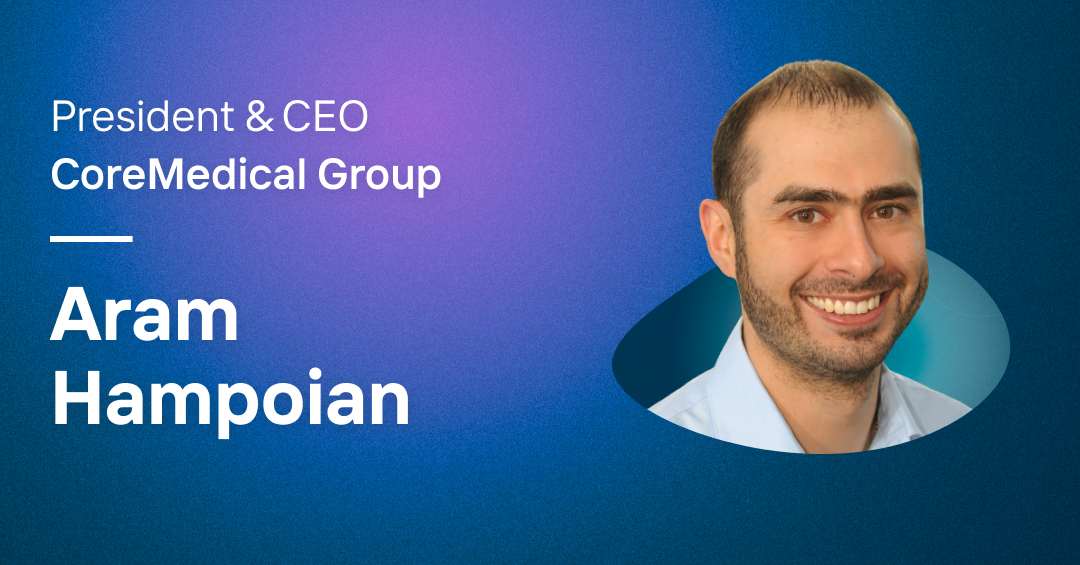 Aram Hampoian has more than 15 years of experience as a sales management professional. He began his career with CoreMedical in 2004 as an Account Executive. As his relationship with accounts, staff and support teams grew, so did his responsibilities within CoreMedical Group. Before being named President and CEO, Aram was the Vice President of Travel Services, including nursing, allied and locum tenens. Aram graduated from Saint Anselm College with a degree in business.