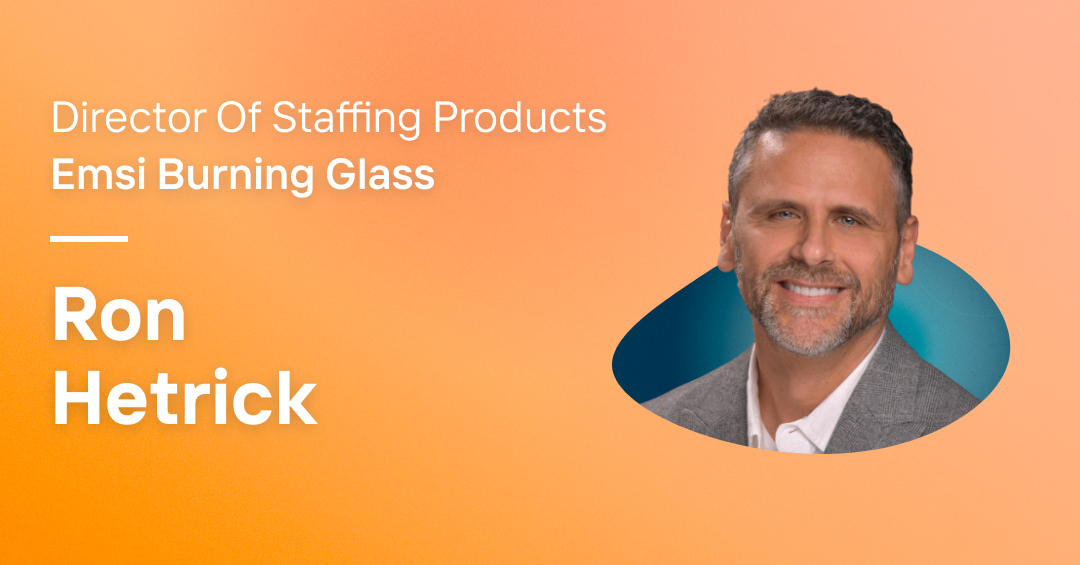 Ron is passionate about educating companies concerning ther lanbor world that surrounds them. He previously worked as the Chief Advising Economist for the largest staffing company in the U.S., guiding the company into new markets and exposing risks and potential downturns before joining his current company. Emsi, where he serves as the product director for all staffing products and data. Ron has published and presented economic and corporate data findings to large companies, trade associations, and localgoverments. He has worked extensively as a consultant for both external and internal clients on data analysis. Among his accomplishments are his development of a best in class contingent pricing consulting practice, designing the contingent rate cards of 11 F100 companies and 40+ other companies in the F500. He has also developed a rate guidance tool that resulted in the highest ROI product in his previous company´s history. Quoted by NBC, CNN, USA Public Radio, The Wall Street Journal, Forbes and numerous other national news agencies, Hetrick has provided analysis for prior Fed Chairman Alan Greenspan, The Council of Economic Advisors to the President, Congress, and numerous Fortune 100 companies and trade associations.